Identifying Features  The Leather Star (also commonly called the ‘Garlic Star’) is a five-legged echinoderm. The Leather Star often has light blue skin with reddish scales, and when rubbed smells faintly of garlic.

Habitat    Dermasterias imbricata is found from the central coast of Alaska to northern Mexico. They generally live among the rocks in low intertidal zones, but can be found up to 300ft deep. 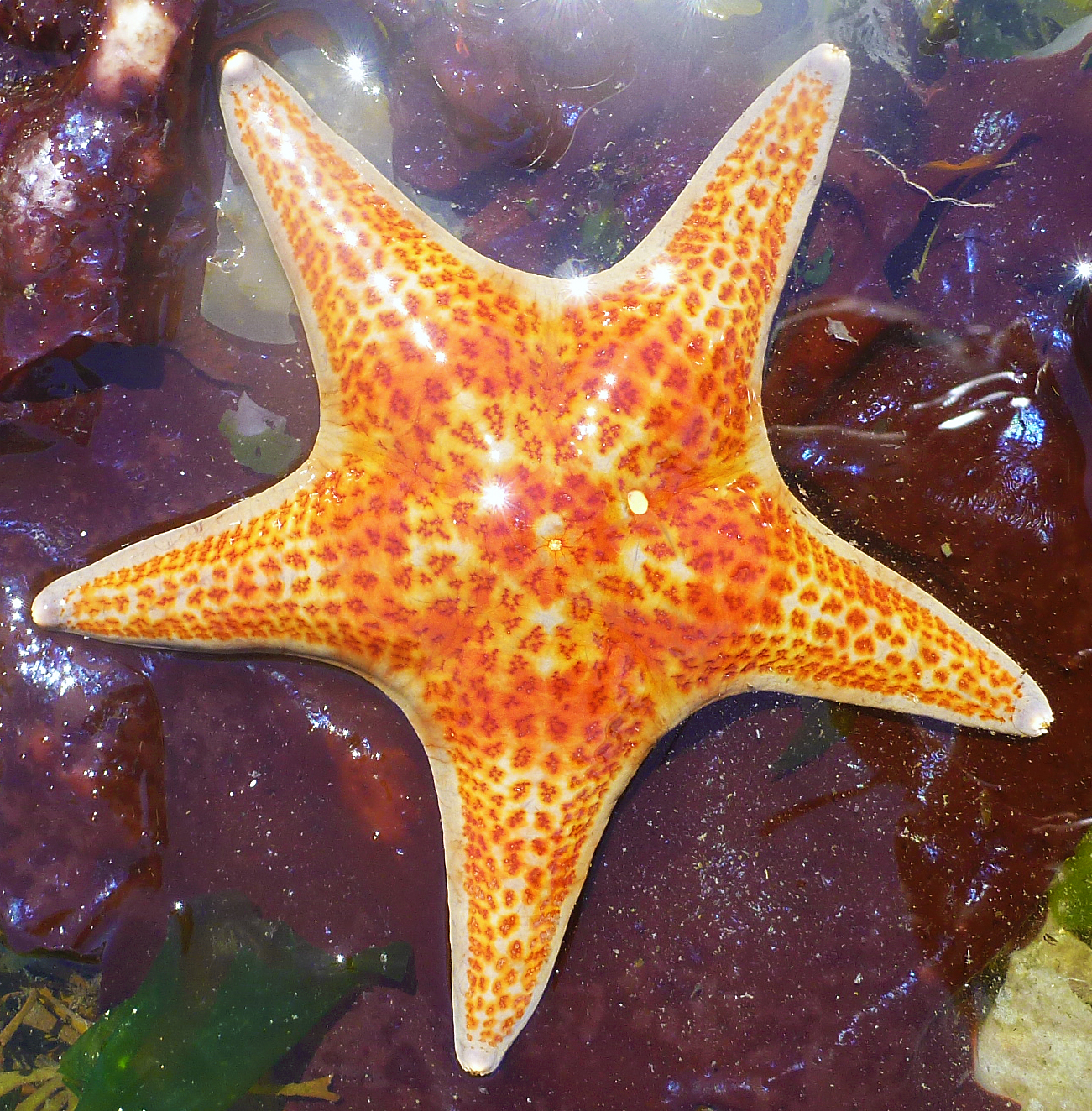 Food/Prey    Leather Stars often feed on anemones, but will also consume sea cucumbers, sea urchins, sponges, chitons, and fish eggs. Sea stars feed by attaching to its prey using tube feet on the bottom of its arms. It uses its arms to pry open the victim’s shell, just wide enough so the sea star can squeeze its stomach into the shell. The sea star’s stomach comes out through its mouth, and once inside it’s prey’s shell, digests it, and retracts the stomach back into its mouth, leaving an empty shell. One has been observed feeding on the Stiff-Footed Sea Cucumber (Eupentacta quinquesemita) in our class aquarium.

Predators   Starfish do not have many predators, as their outer skin is quite hard, but manta rays, sharks, other large fish, and even certain types of snails will eat them. Larger sea stars are also a threat. The leather star uses its garlic-like odor to ward of enemies, and like many sea stars, has sensitive skin that can detect chemical changes in the water.

Life Cycle   Sea stars can reproduce sexually and asexually. They reproduce asexually by dividing their bodies and regenerating missing parts. The decapitated starfish limb can grow into a new sea star, so long as a part of the central body portion is attached. In sexual reproduction, a sea star’s eggs are externally fertilized by a male sea star’s spermatozoa. The fertilized eggs develop into swimming larvae categorized into two groups: Bipinnaria and Brachiolaria. These larvae use cilia to move and eventually settle to the ground when growing into adults. When developing into a fully grown sea star, the larva’s left side will become its oral structures, facing the ground, and its right side will become it’s back.