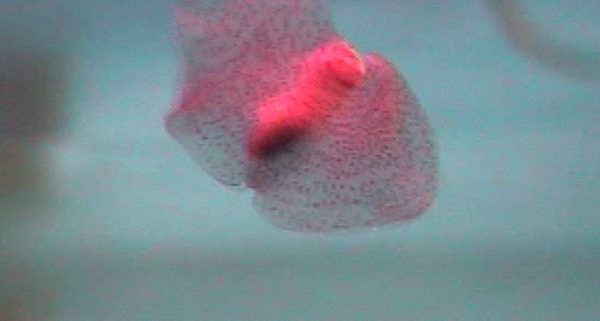 
Identifying Features: The Sea Butterfly has a shell-like appearance. Its foot and swimming lobes are a yellow-ocre color and it has clusters of red-purplish dots all over its body. When viewed up close the main body appears translucent.