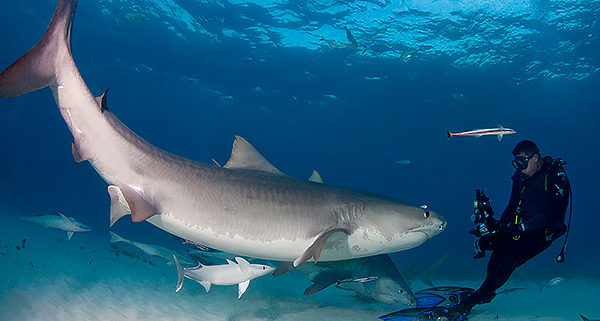 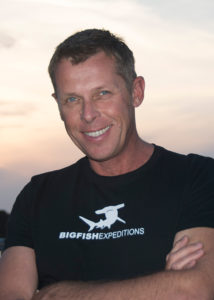 Andy Murch (photo, left) is someone of hidden celebrity on Vancouver Island. He is the founder and creator of Elasmodiver: Shark and Ray Field Guide, Predators in Peril Project that works to bring awareness to our vital predators of the sea, and eco-tourism business: Big Fish Expeditions. I contacted Andy over email and was able to ask him about his journey to success.

Andy Murch was born in London, England. He grew up in Pilgrim’s Hatch – a small village in Essex. About his interests as a child he says, “I grew up watching BBC documentaries with David Attenborough.” Living in the country, he could often be found in the fields or forests, far from the coast – that came much later. His parents had a pond in their yard but that was it, so he didn’t have much of a connection with the marine environment until after he dropped out of Chelmer University in Essex, and decided to travel the world.

“My career path was a little unorthodox,” says Murch. “When I quit university, I traveled through 70 countries in seven years. My first job on the ocean was as a deckhand on an Israeli schooner on the Red Sea.” Eventually, he settled down in Canada and opened an import company. This allowed him to take time off in the winter to travel to the tropics and it was then that he learned to dive and later bought his first underwater camera. At 37, in the late 90s, he quit his company to become a dive instructor and later a submersible pilot. The ocean, taunting and inviting, called to him. “I became very passionate about the ocean, especially about sharks,” he says. “They were obviously ‘cool’ but the more I learned, the more I realized they were in trouble.”

He started Elasmodiver, a play on the scientific name elasmobranchs for sharks and rays, as “my first attempt to educate others about the plight of sharks.” A few years later he started the Predators In Peril Project (PiP). PiP provides original, unedited images used to educate others about the severity of illegal fishing of elasmobranchs. From then he built a large underwater photography portfolio with many shark and ray images from which he was able to make a modest living. He clarifies that he still had to get odd jobs now and then to supplement his income. Once he made a name for himself as a shark photographer, he started running the very busy, very successful eco-tourism business, Big Fish Expeditions, which offers diving trips to the world’s best places to see and photograph sharks, rays and whales in their natural habitat. 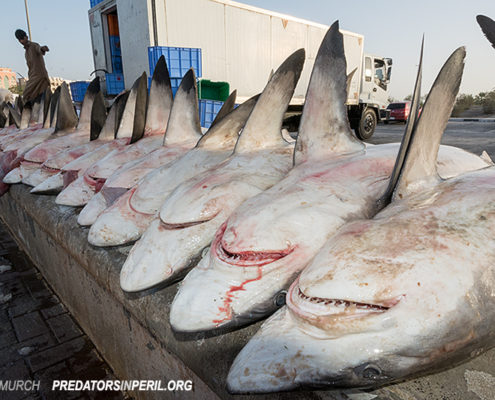 Mr. Murch explains to all young people considering their future career path that it was very important for him to find a career where he could live comfortably, do what he loves (working with animals) and be able to help protect the environment in some way. “Obviously, I didn’t have a traditional career plan,” he says. “The key was to identify career opportunities when they presented themselves and then not be afraid to stop what I was doing and seize those opportunities.” Andy Murch started with little more than a camera and a sense of curiosity, but now, thanks to his work and images, humans on land can gain a better understanding of sharks and rays, these misunderstood and imperiled creatures from deep within the ocean. 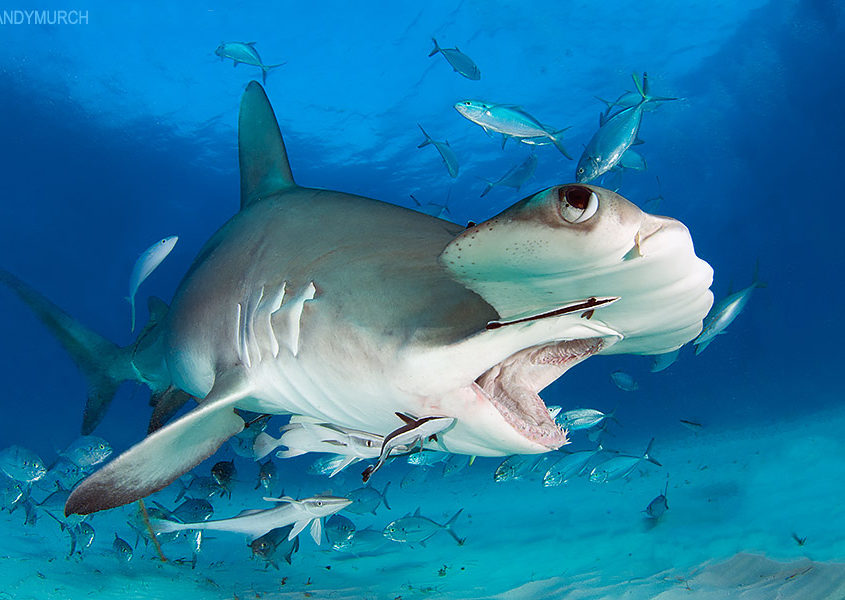 Left, he shares his impressive photo of the endangered Great Hammerhead Shark that he is most proud of.