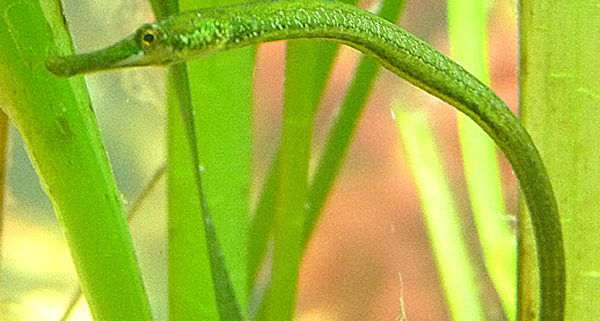 Identifying Features:  A long, slender, tube like body with bony plates giving the animal a slightly hexagonal circumference. The dorsal fin is shallow, rectangular, and mostly translucent giving the Bay Pipefish the appearance of having an undulating flag attached to its vertebrae. The pectoral (side, by gill cover) and tail fins are semi circular and tiny in proportion to its elongated body. Bay Pipefish undulate there dorsal fins and paddle the pectoral fins while the body positions itself. The pipefish steers by moving its head up, down and side to side.  Like other members of the Syngnathos (together-jaws) genre the Bay Pipefish has a small terminal (upward directed) mouth with a long, slender, tube like cavity leading to the gill covers. The body plates meet to form a bony ridge along the length of the body which contains the sensory organs which are collectively known as the lateral line. Bay Pipefish are often seen in varying shades of forest and emerald green.  Olive and sand colored varieties are also known. 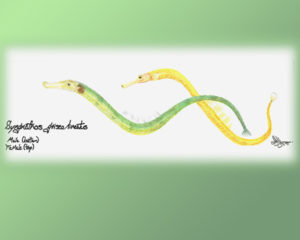 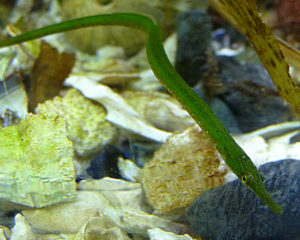 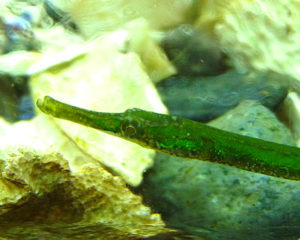 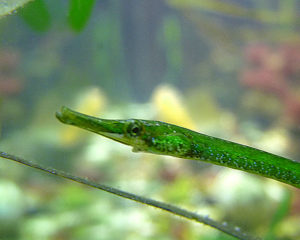