The pacific blood star is typically red-orange in colour, but colours may vary from tan to almost purple and is sometimes mottled.  The centre disk is very small and the arms can be as long as 8.9 centimetres (3.5 inches).  Most Blood Stars have five tapering arms that are nearly cylindrical.  Small, dull spines cover their bodies.  H. leviuscula moves using hundreds of tiny tube feet with suction cups under their arms.

Blood Stars live mostly on the protected sides or under rocks but also in caves and pools.  They prefer rocks that carry a lot of sponges and bryozoans.  H. leviuscula tend to stay between the low tide line and water 400 metres (1 312 feet) deep.  They range along the Pacific coastline from Alaska to Baja California, and the coasts of Mexico and Japan.

H. Leviuscula prey on bacteria and other small particles which they capture in mucus and then bring to their mouth with their ciliated tracts or by applying their stomachs to the surface of the sponges and bryozoans on which they live to eat any particles which might be trapped there.  They also are able to absorb dissolved nutrients through their skin.

Humans and birds are the only threats to the pacific blood star.  Humans, of course, do not eat the sea star but rather beach combers are attracted by its vivid colouring and take them home, not realizing that the star’s colour fades when it dies.  Luckily the blood star has a surprising ability; they are able to re-grow body parts as long as a portion of the central disk remains unharmed.

The blood star’s sexes are separate.  Small female blood stars brood their eggs while larger females simply leave them in the water.  The orange-yellow eggs usually measure about 1.3mm. Once the eggs hatch the young develop as planktonic forms.

H. leviuscula often have a commensalism relationship with the scaleworm Arctonoe vittata. In 2005 students Shannon Greenlaw, Jill Interlichia, and Lyndi Hetterle did a research project on the activity of blood stars.  The study was done on 15 blood stars kept in tank outside with a video time-lapse camera recording their movement.  Their findings show that blood stars tend to be more active during the day as opposed to night. 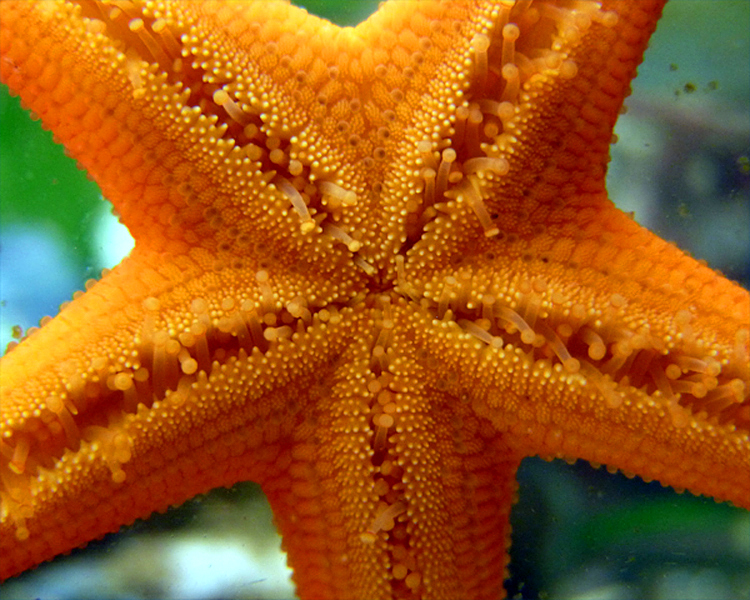 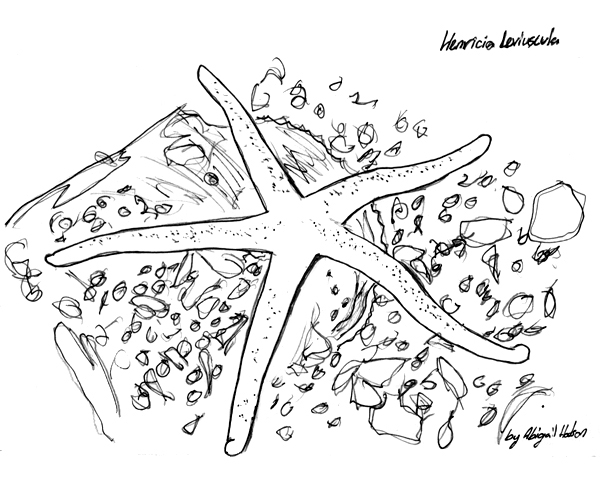