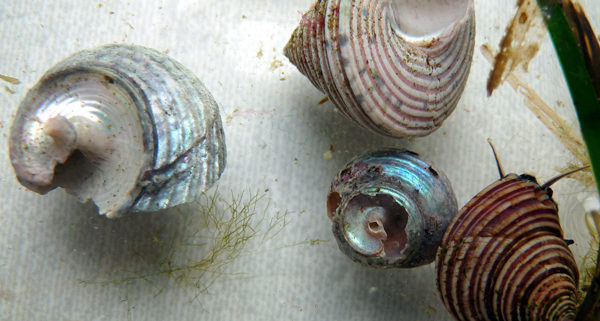 Identifying Features:   The Blue Top Snai (Calliostoma ligatum) is part of the Callistomatidae family. It has a brown shell with tan to orange spirals. Its inner layer its pearly blue, and the foot of the snail is orange. When the outer layer of the shell is worn away the top of the shell (or the whole shell) may also look blue which is why it is called a Blue Top snail. 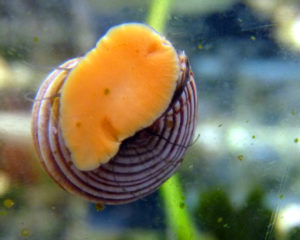 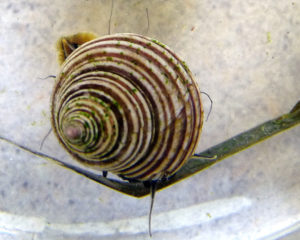 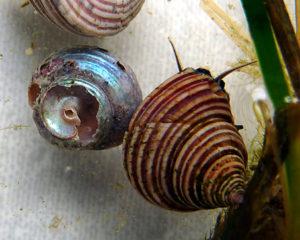