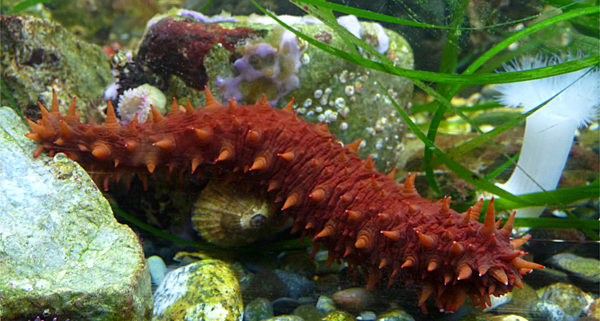 Identifying Features: California Sea Cucumbers are generally reddish brown in colour but have many colour forms ranging from dark brown to white. All over its long fat body, there are soft, lighter coloured, cone shaped pseudospines that help it move across the ocean floor