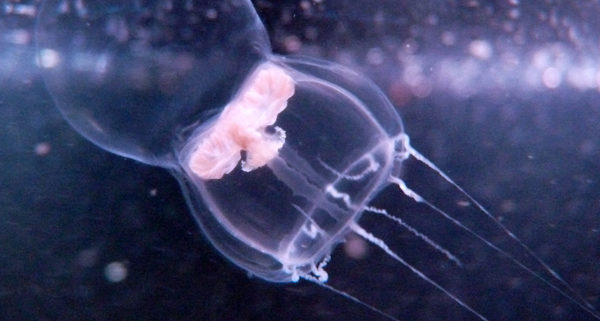 Catablema nodulosa is a relatively newly discovered jelly fish in the class Hydrozoa.  It is easily identified by its large round gelatinous bell on top. They have 8, 16, or 32 tentacles. C. nodulosa do not have any ocelli. Their stomachs are attached to the bottom of the bell and also have radial canals with frilly lips. The stomach colour can vary from golden-brown to salmon pink similar to the gonads. 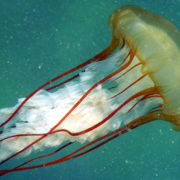 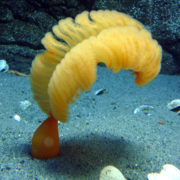