Size: Bell Diameter can be up to 25cm, though the size of this jellyfish can vary depending on where it is found.

Identifying Features: They have many radial canals with more than one-hundred and fifty sticky tentacles that are laced with toxins that allow it to easily catch its varying prey. It also has gonads that follow along their radial canals. They are mostly transparent but under ultraviolet light there is a bioluminescent green ring around the bottom of their umbrella.

Habitat: The hydromedusae can typically be found from spring to autumn in the Pacific waters off the coast of North America, from the Bering Sea to southern California.

Predators: Predators of the Crystal jellyfish are typically other vicious jellies such as the Lions Mane Jellyfish and others. Another technical predator of theirs would be humans, as they are used to conduct research in gthe medical field.

Food: For the most part these guys consume other soft bodied organisms like themselves. A few classes that they may eat are hydromedusae, ctenophores, polychaetes, and appendicularians. Crystal jellyfish have the ability to consume other jellyfish that are twice their size and appear to prefer Comb Jellies over others. They are also known to be cannibalistic so when one keeps them they must ensure there is enough room.

Reproduction: Crystal jellyfish reproduce just like any other possible jellyfish as they can do so both sexually and asexually. They reproduce year-round leading to there being new young Medusae a minimum of every two days. Their polyps also tend to live in colonies, and can live up to more than 2 years.

Fun Facts:   Aequorea victoria produces the green fluorescent protein (GFP). This species is rarely bioluminescent in nature but by placing it under a black (UV) light the GFP can be observed. Osama Shimomura first discovered GFP and in 2008 he and his colleagues Roger Tsien and Martin Chalfie were awarded the 2008 Nobel Prize in Chemistry for both the discovery and development of the green fluorescent protein. It is important to note that many online sources continue to show unrelated species reflecting green light and inaccurately state it is this species bioluminescing. The species was first described by Murbach and Shearer in the Annals and Magazine of Natural History in 1902 (originally named Mesonema victoria). https://www.biodiversitylibrary.org/page/19331348#page/85/mode/1up They indicate that they were “collected in considerable numbers at the entrance of Victoria Harbour and in Puget Sound”. The specimens photographed and used in these videos were also collected off of Victoria, British Columbia. 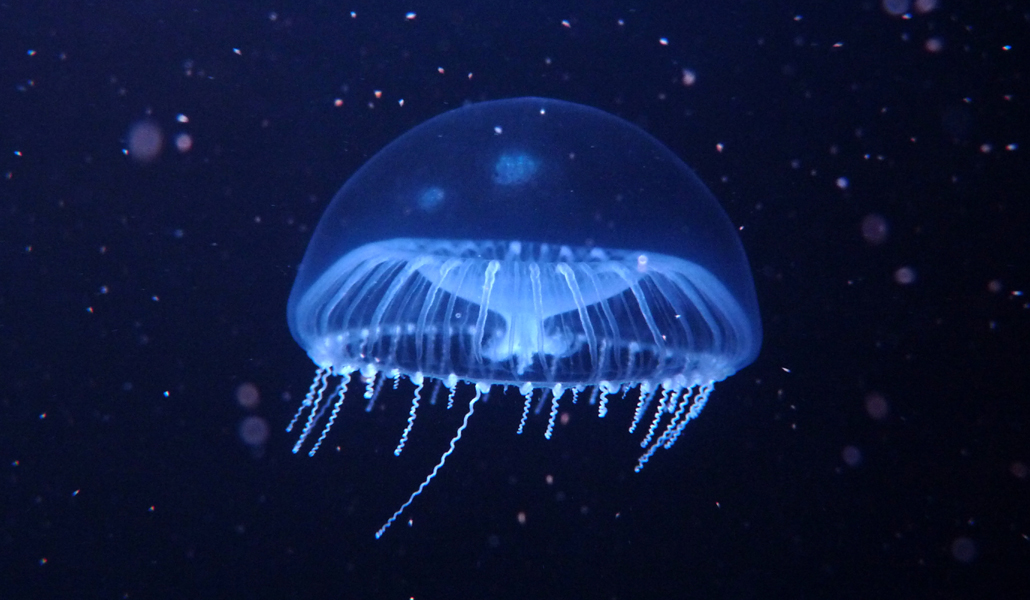 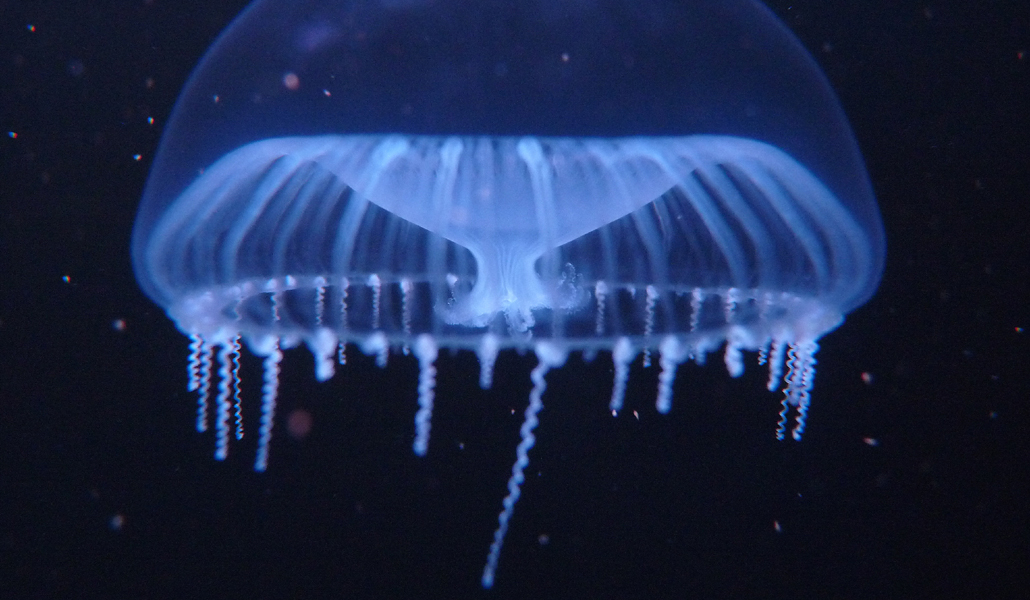 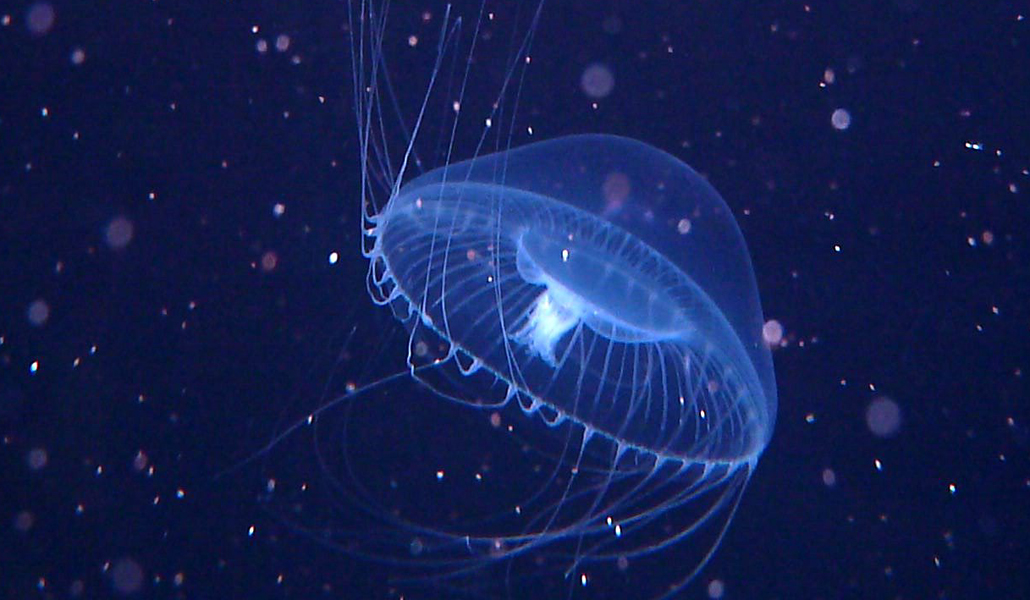 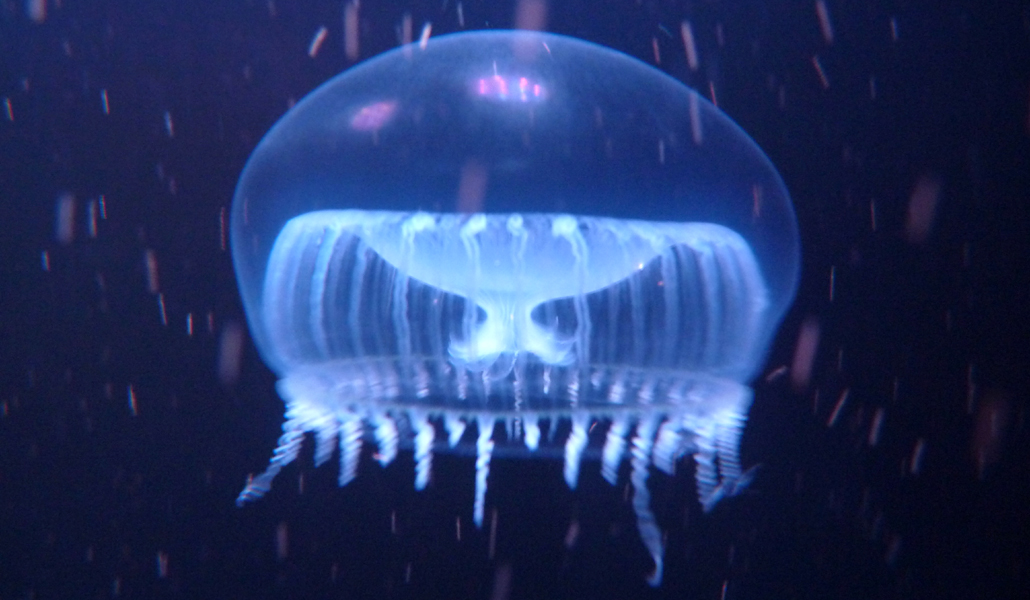