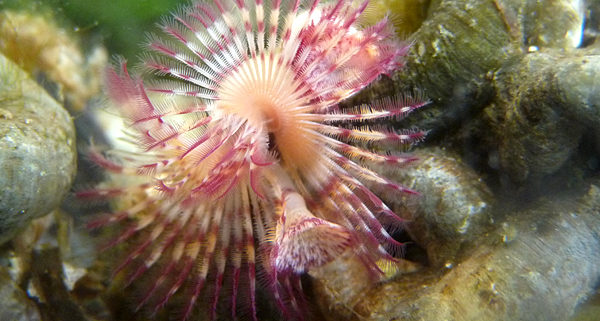 Identifying features: Calcareous tube worms have bright colors varying from orange to red with white bands.  The most indicative feature of these organisms is their feathery flower-like crown arranged in two spiraled-semicircles. The crown consists of branched tentacles known as cirri or radioles and a trumpet-shaped operculum. The tentacles reorganize into a funnel-shaped stopper when the crown is withdrawn. The animal lives in white calcified tubes. These tubes can be up to 10 cm long and about 2mm in diameter. Coils of white tubes are often seen fastened to hard substrates. 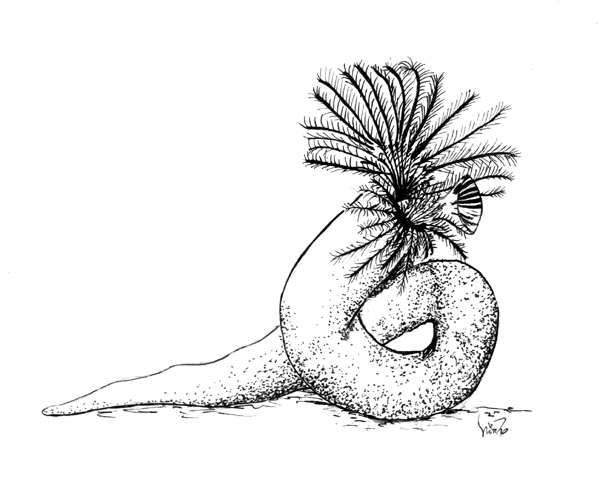