The eyes are black or dark and the body colour is mostly black, with white areas on the top of its body, the sides of its body, its top fin and its side fins.  The lips are sometimes red as well as some red can be found on the spiny section of the dorsal fin.   It has a dorsal fin the length from its head to its tail.  Unlike most other sculpins, the Rosy-lip Sculpin has no pelvic fins.  An interesting fact is that the Rosy-lip Sculpin is able to survive for several hours out of water on moist surfaces.

Sporadically it displays outgoing behavior but usually it remains shy and hidden.  It does not interact with other fish. While observing one in our class aquarium it would return to the same area of the tank (under/behind algae and rocks) when it was not searching for food.

The Rosy-lip sculpin is a bottom dweller so it eats food found near the bottom of the water it is in. Its favorite foods are octopus, worms, crab, squid, fish and shrimp, but it will eat anything it is able to. What eats it?  The Rosy-lip Sculpin is luckily very adept at blending in with its surroundings, but sometimes it is out-smarted.  It is eaten by animals who feed near the shore. These animals include larger fish, crabs, otters and shore birds such as Herons.

Rosy-lip Sculpins  may live for up to five years.  Its life span is generally determined by its location and the types of predators in that location.  It lays eggs in winter and spring each year. These eggs can be pink or green and may be found on rocks near the shore. 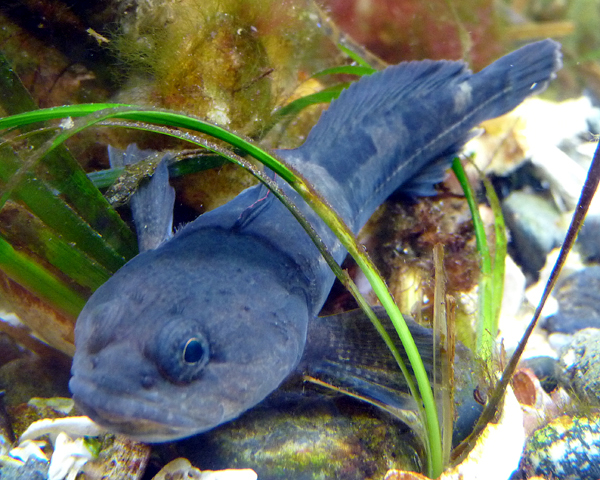 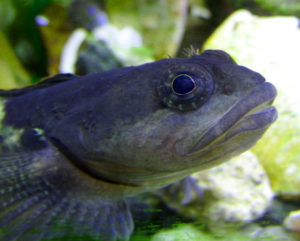