Gonionemus vertens, also known as the clinging jellyfish, is an invasive species in many oceans. The medusae found in the Pacific Northwest do not sting, but those found in the Pacific near Russia are very venomous with a potent venom that can cause muscle cramps, chest tightness and a swollen throat when stung.

The clinging jellyfish is very small and has up to 80 tentacles. Its bulb is only around 1.5 to 2.5cm in diameter. Inside the bulb is the stomach and radiating outwards are four distinct orange to yellowish-tan gonads.

The Clinging Jellyfish It is a native species to the Pacific Northwest Sea and Pacific Northeast Sea.  It is an invasive species to the Arctic Sea, Atlantic Northeast Sea, Atlantic Northwest Sea, as well as the Mediterranean and Black Seas. This jellyfish tends to favour sheltered harbours with weak tide in temperate to warm temperate areas. The reason why this jellyfish is called the Clinging Jellyfish is because of its habit of clinging onto kelp, Eel-grass and shells.  In our kreisel aquarium the Clinging Jellyfish was observed holding on to Eel-grass (Zostera marina) for long periods of time resting.  It periodically would swim with strong bursts of speed and then float freely with its tentacles extended before clinging back onto the eel grass.

Gonionemus  vertens usually feeds on smaller crustaceans like copepods. Small fish are also part of their diet along with various larvae. The Clinging Jellyfish uses a passive hunting behaviour that involves spreading out its tentacles and waiting for its prey to come into contact with it and then pulling in the wounded prey to eat. 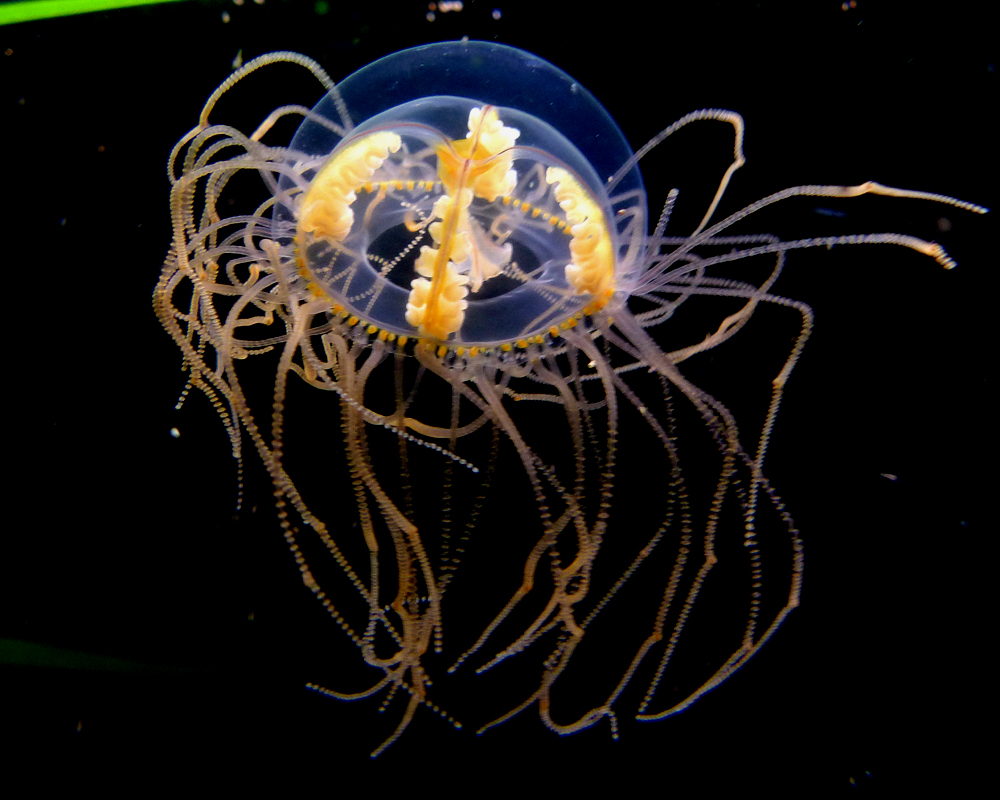 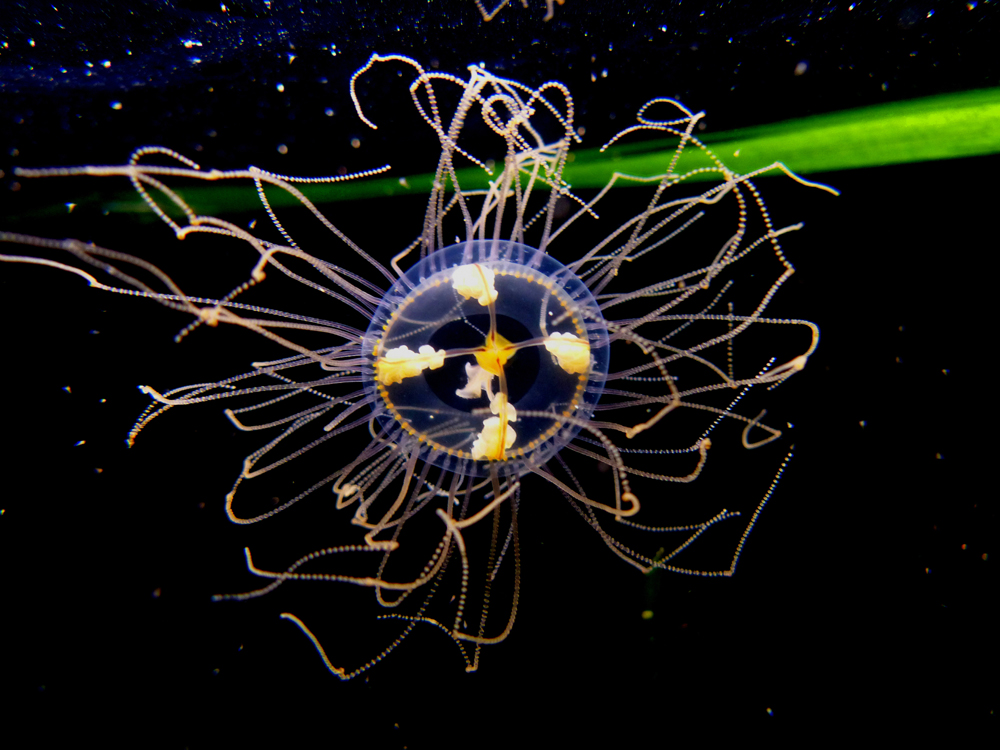 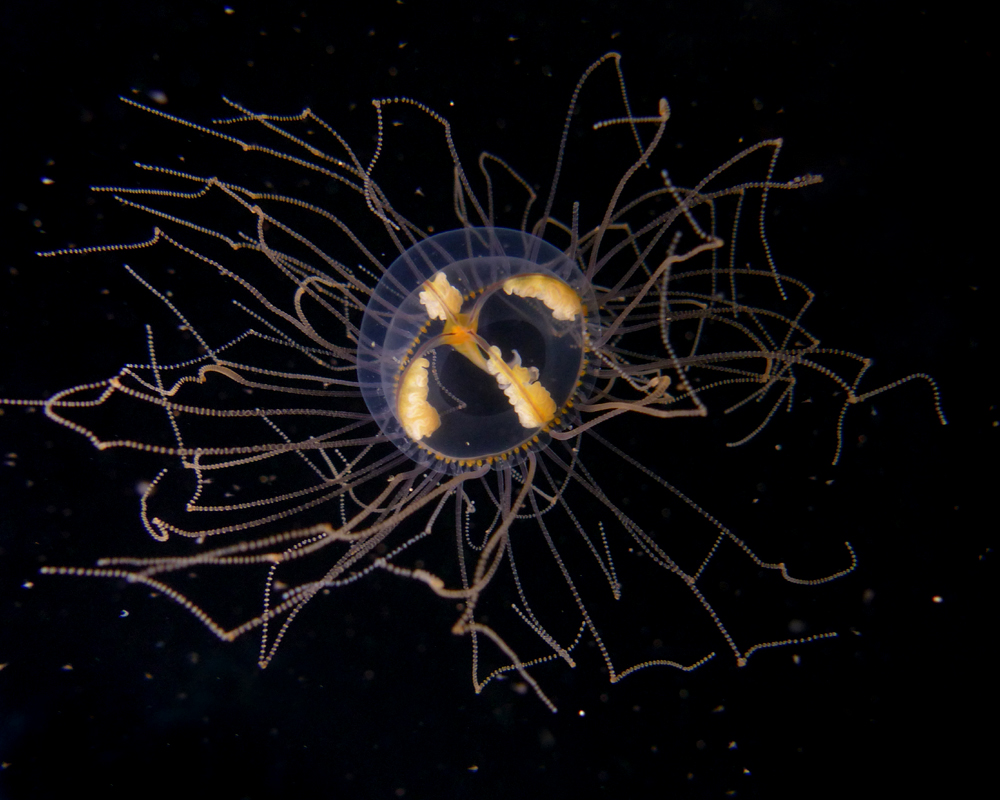 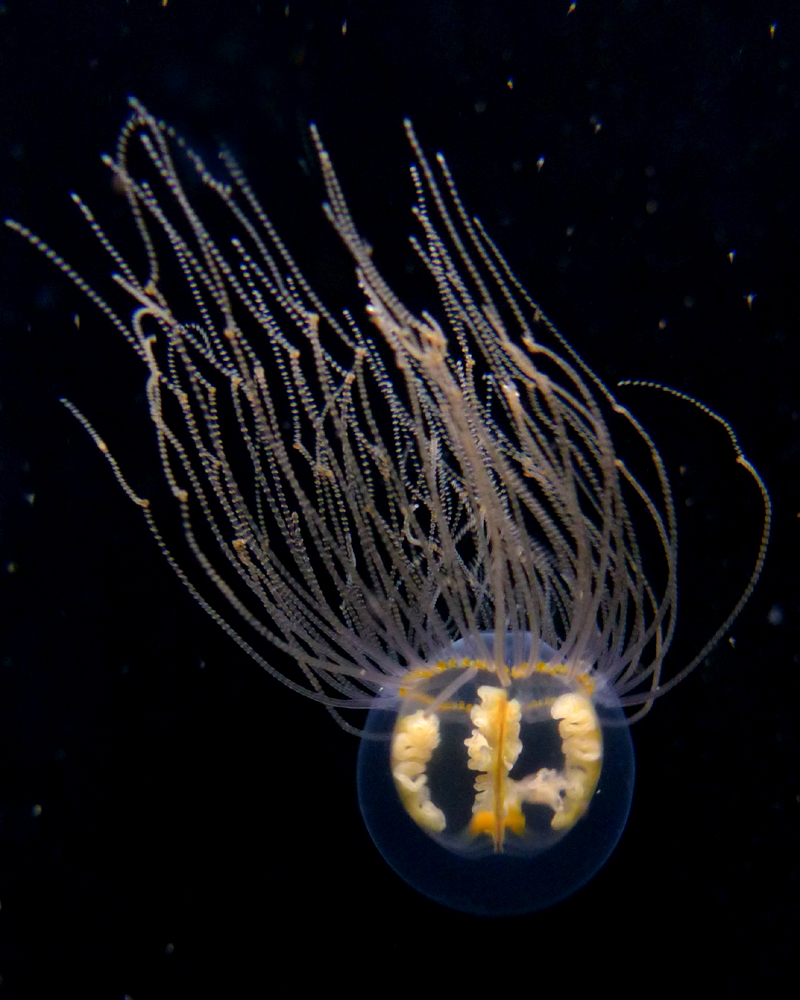