The Sarsia jellyfish has a bell height of 6mm – 20mm that is marked with 4 tentacles and 4 very narrow radial canals.  At the base of each tentacle is a distinct ocelli.   It is transparent and colourless, but its other body parts may have tints of red, blue, tan, orange or green. The manubrium of the jellyfish is long compared to the overall size of its body and for most of its length is surrounded by gonad tissue.  They are fast swimmers and have a comical appearance as they move through the water with their long manubrium trailing beyond the bell.  Similar to other hydrozoans they feed passively on crustacean zooplankton that are captured in their extended tentacles. A number of species of Sarsia may live in the same area but even specialists may have difficulty identifying which species is which.  They are typically found near the surface along the coast from central California to the Bering Sea. 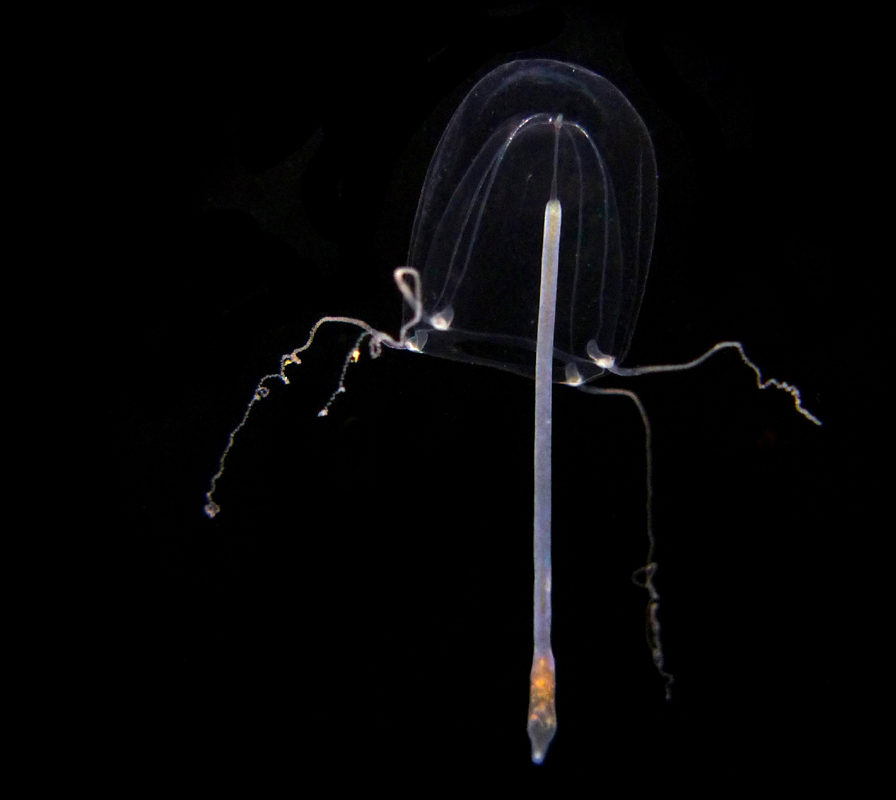 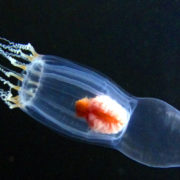 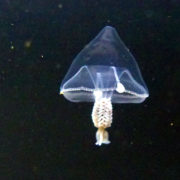