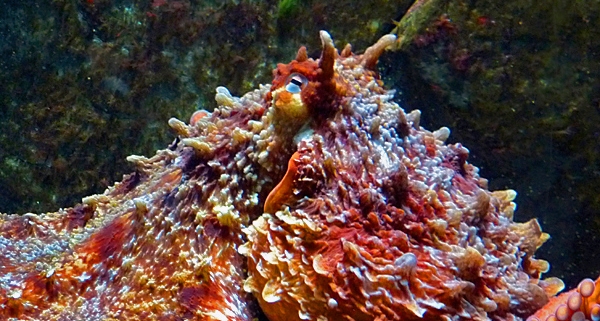 Giant Pacific Octopuses  as their name implies are found in the northern part of the Pacific Ocean. They are spotted anywhere from California up to Alaska and across to Japan.  They prefer living in the depths of temperate ocean water.  Similar to all octopuses Giant Pacific Octopuses are invertebrates, with distinct large bulbous heads, eight arms, and a beak made of calcium carbonate.  What sets them apart is their colouring and size. Giant Pacific Octopuses can grow to a length of 5 meters and weigh up to 50 kilograms. Generally they are a reddish-brown colour, they are capable of changing the texture of their skin and they have specialized cells call chromatophores that allow them to change their colour making it easy for them to camouflage into any surrounding – visit Octopus Skin Tricks for more information on octopus skin.

The Giant Pacific Octopus’ preferred prey includes crabs, lobsters, shrimp, and clams. Time to time in some situations octopuses have been known to attack and eat sharks, and even other octopuses!  Octopuses are nocturnal hunters, and very stealthy.  Using their highly developed eye sight they look for motion from prey, when the prey ventures too close or the octopus get close enough it will ambush the prey using its strong arms to prevent it from escaping.  When eating, the octopus uses it strong beak to rip apart prey, and drill or bite into shells.

Even though the octopus seems invincible it does have some predators. Animals who like to make an octopus into a meal are large fish such as halibut and lingcod, as well as some marine mammals like sea lions and dolphins. There are two main ways octopuses can escape from predators, one way is through jet propulsion, giving them a burst of motion away from a predators. The second way is by releasing ink which temporarily blinds and confuses the predators.

Life Cycle (see the image below):

On average Giant Pacific Octopuses live 3-4 years. Females die directly after they have finished laying and guarding to their egg however males live a slightly longer time. Octopus reproduction starts when a male uses a specialized tentacle to pass two spermatophores (sperm packages) to the female. Once given the sperm the female stores the package until she is ready to fertilize the eggs.  Before a female is ready to fertilize the eggs she has to find a suitable den. This search can take the future mother up to one month! Once the perfect place is found the female shuts herself in using rocks. From there she fertilizes each egg and gathers them in bundle of approximately 200. She hangs each group of eggs from the ceiling of the cave. This is a long process because on average a female octopus can lay up to 50,000 eggs.  The incubation time for octopus eggs are six and a half months.  During this time the female stays in the cave, not even leaving to eat, attending to the eggs by constantly blowing oxygenated water on to them. When the baby octopuses hatch they are referred to as paralave. These tiny juveniles swim up to the surface joining other zoo plankton and spending weeks feeding on tiny phytoplankton. Once they have developed enough mass they descend to the benthic zone.  As for the mother, she waits until all the eggs have hatched then emerges from the cave and dies shortly afterwards due to the starvation she endured during the months she spent devoted to tending her eggs.

Photos by S. Hurst and A. Rutledge 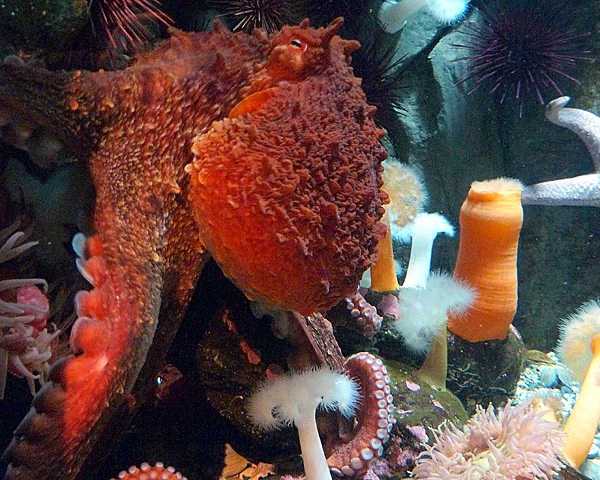 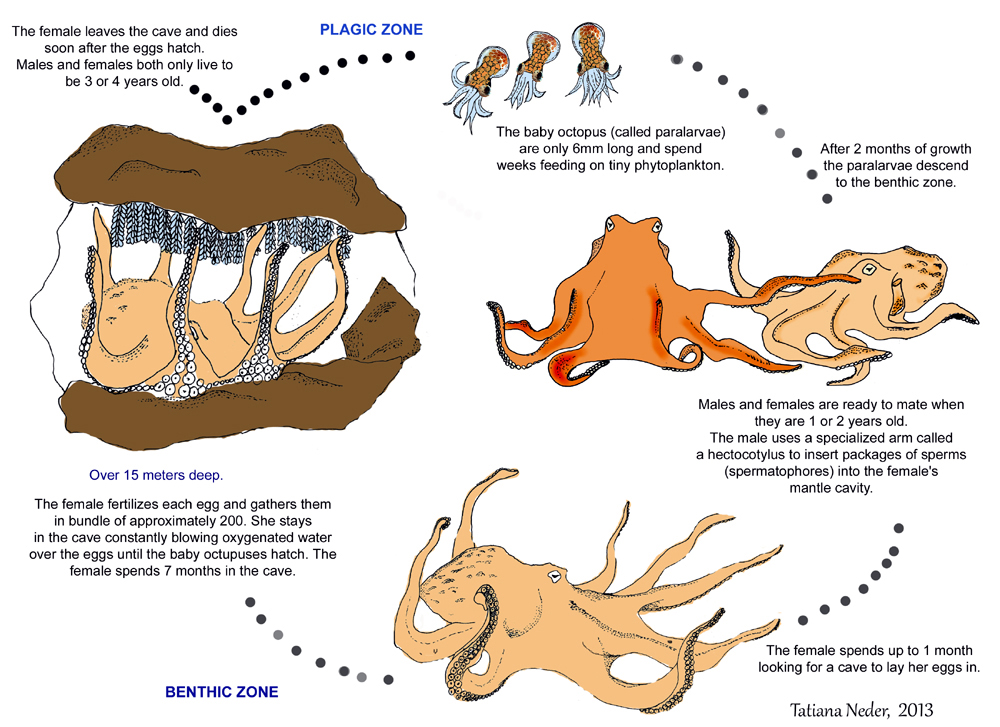 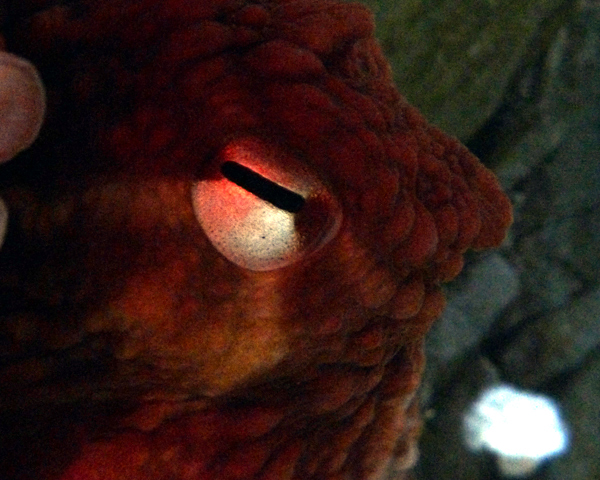