Identifying features: Spiny pectoral fins, lower rays are not webbed; used for gripping and hopping on the substrate.  They have a long snout and there is no definition between the head and body other than the gills.  Usually bright colours; tan to orange with brown saddles.

Habitat: Temperate coastal waters of the North Pacific; Japan to Alaska.  As far south as Santa Monica Bay.  Inhabits tidal pools, rocky areas, and sandy bottoms of depths of 165 m.  They take shelter in empty giant barnacles, bottles, cans, and nooks in the bottom of reefs.

Predators: The Grunt Sculpin escapes being eaten by hiding in empty Giant Barnacle shells.  It sticks its snout out to make it look as if the barnacle is closed but alive.  It will also turn around and stick its tail out and wave it back and forth to make it seem as if the barnacle is feeding.  Captive Grunt Sculpin will react to fast or looming objects beyond the glass.  They will also eat frozen krill but not dried fish flakes.

Life Cycle: During spawning the female will chase a male into a crevice and keep him there until she lays her eggs. The male will then fertilize them.  Spawning time is winter and spring.  Both of the parents will take care of the eggs until they hatch-about six months.  The eggs are coloured yellow to orange. 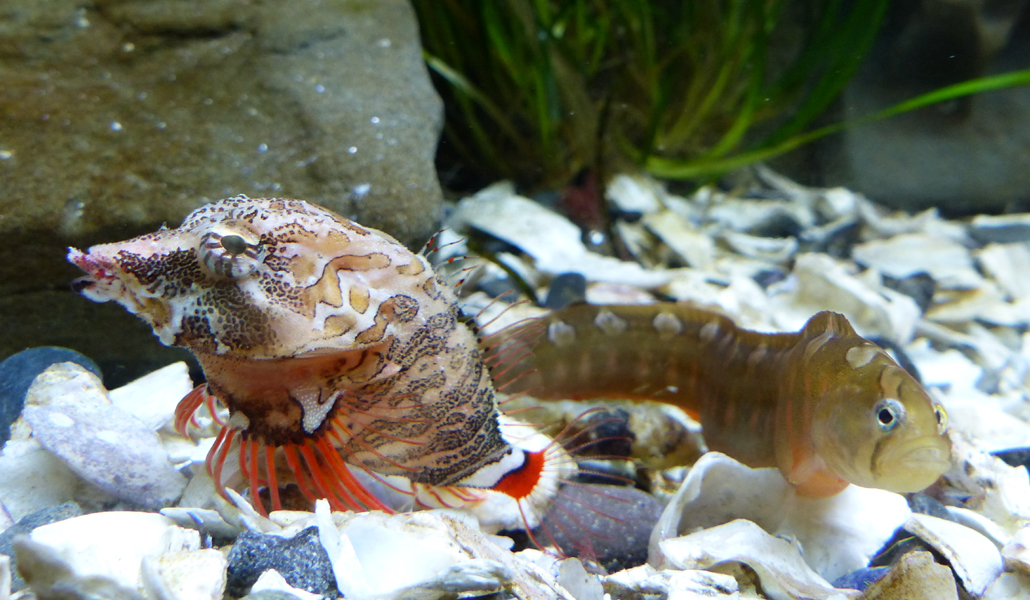 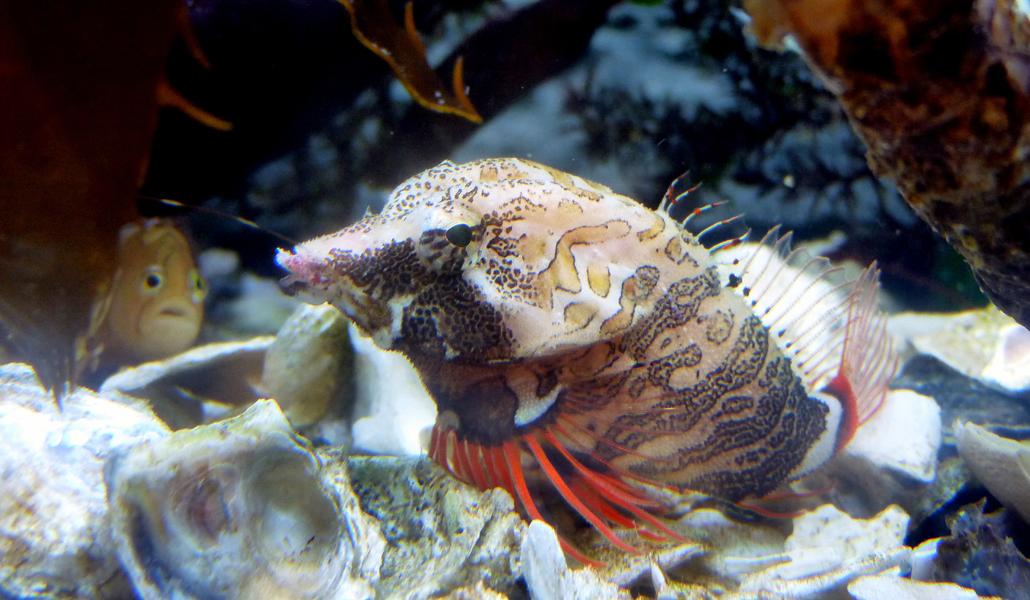 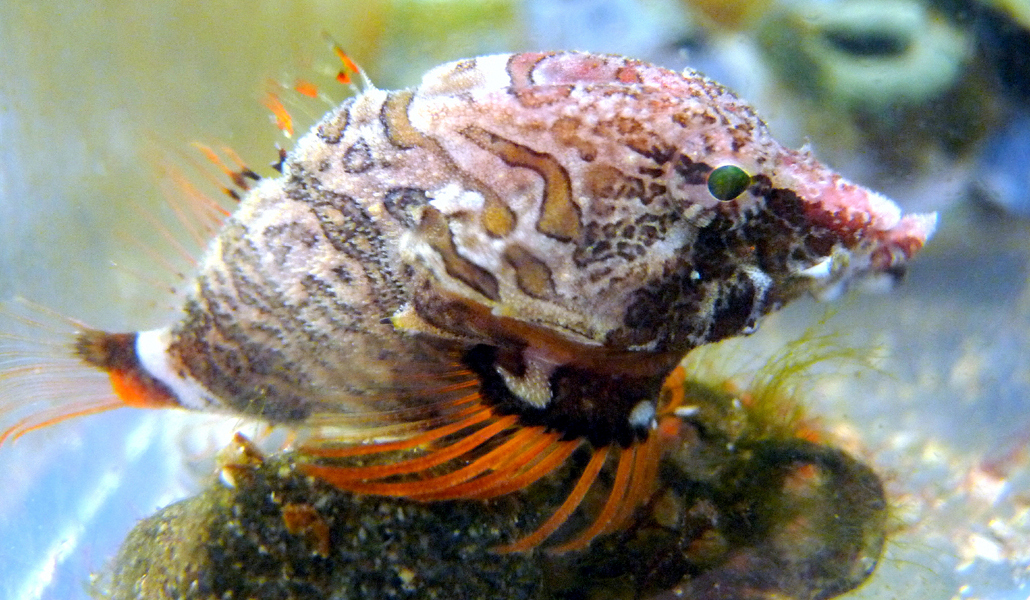 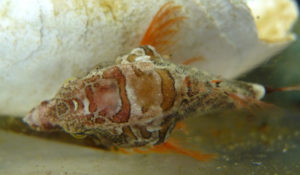 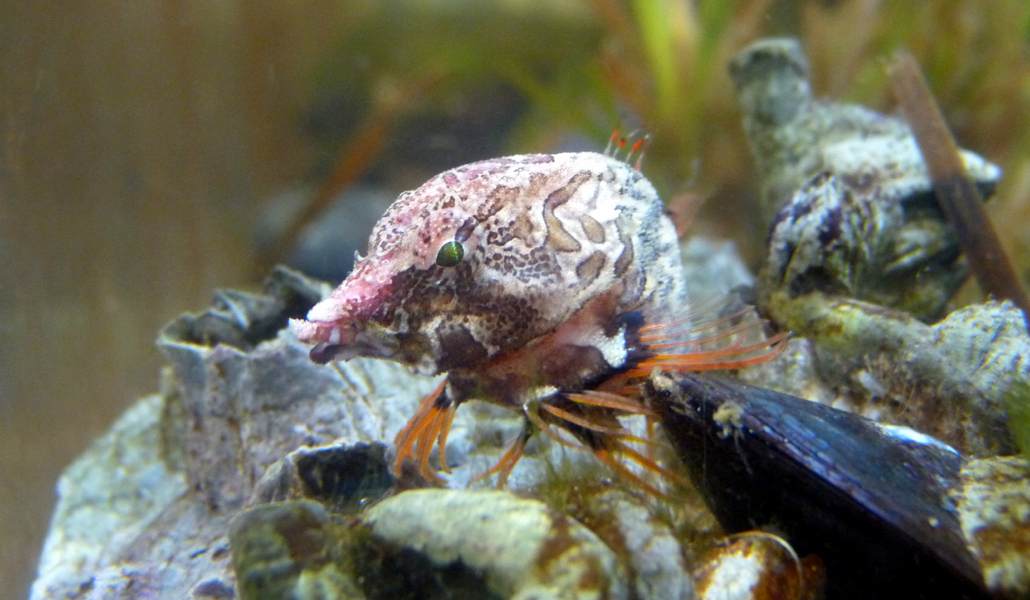