Identifying Features   The River Otter (Lontra canadensis) has a muscular body, short legs, webbed feet and rich brown fur.  The fur on their underside may be light brown to almost white.  The River Otter is three to four feet long with sharp claws, a slender body and it has a diamond shaped nose.  It weighs between 5 to 11 kg (11-25 pounds) and its thick tail is 17 to 18 inches long. 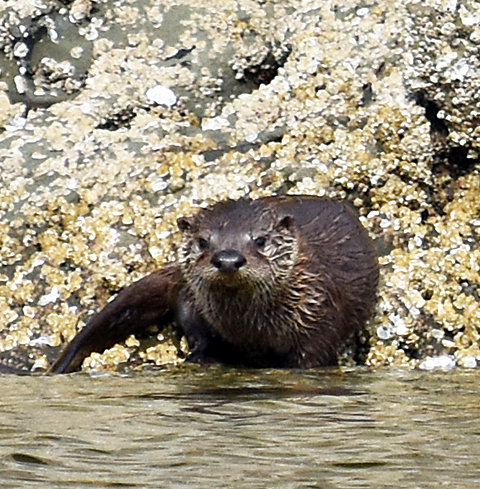 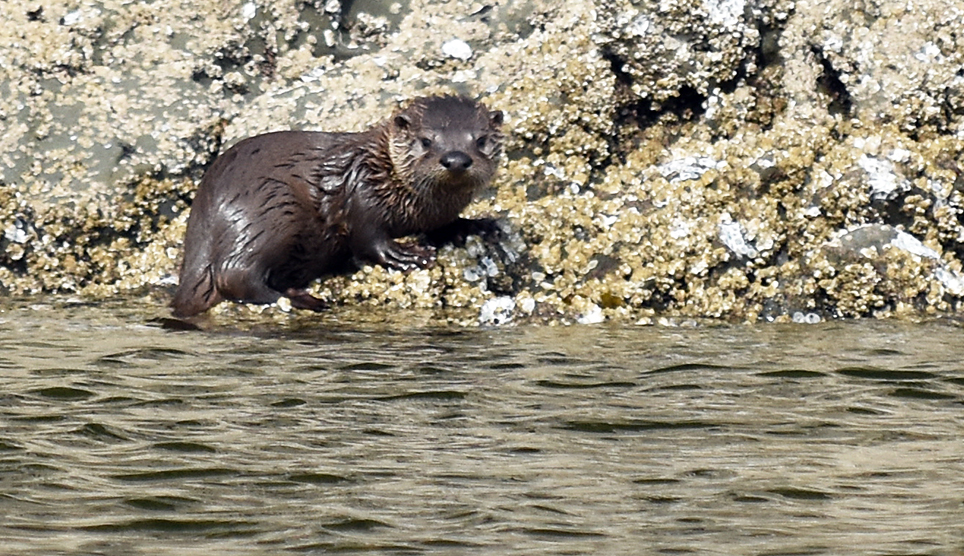 Habitat   The River Otter is often found along the shore line of British Columbia including the Victoria area and the Gulf Islands.  Though many resources indicate that they prefer marshes and wooded banks in fresh water areas they are just as at home in the ocean and are commonly found with their families in quiet bays foraging among rocks or on sandy beaches. They create burrows around land habitats close to the water and are comfortable living in the space under docks at marinas.  River Otters stay close to the shore so they can avoid water predators.

(This is a young pup on the left)

Prey (food)   River Otters have a rapid metabolism and must hunt frequently. They eat a variety of animals including fish, clams, and frogs. They also attack beavers, and punch holes in beaver dams to collect and eat the trapped prey which include catfish, crayfish, and insects. In the ocean they often eat gunnels and pricklebacks, sculpins, and various crab species such as the Red Rock Crab (Cancer productus). They use their sharp claws to catch and eat their prey and can hold their breath under water for long periods of time using their large lungs while they are hunting.

Predators   There are a number of predators of the River Otters including bobcats and wolves and even bald eagles may take young pups. In the southern United States they are sometimes ambushed by alligators. They avoid being eaten by either fighting off the enemy or running/swimming away.

Life Cycle   River Otters breed in the winter or early spring. They can have up to three to five young pups each mating season and the pups are born blind and remain blind until five weeks of age. They can live from 13-15 years in the wild, and 20-25 years in captivity. River Otters are very playful and play games to teach their young coordination.

Forsyth, A. (1985). Mammals of the Canadian wild. Scarborough: Camden House. 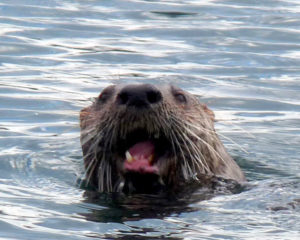