Size range: The Wolf Eel has been found to grow up to an average of 2 meters (8 feet) in length.

Sometimes referred to as the “Ugly old man of the sea,” the Wolf Eel has a bulbous head with a strong jaw and sharp teeth. The adult Wolf Eel ranges from light brown to dark gray in colour, with a long, dot-covered body. These dots may differ in size and colour depending on the individual and its gender, and are frequently surrounded by a light ring. It is easy to differentiate between male and female wolf eels; the males tend to have larger, more grotesque heads, whereas the females possess a smaller jaw and are often darker in colour. Juveniles are a startling orange marked with dark orange splotches. The wolf eel’s dorsal fin extends from its head to the tip of its sleek body; its pectoral fins, located at the base of the head, are large and rounded.

The Wolf Eel has been found to live anywhere from Japan to the islands of Racerocks off of British Columbia’s coast. It tends to keep to shallow to medium depth waters, making its home in the hollows between rocks, which oftentimes look as though they would not be able to fit its wide head. The deepest a Wolf Eel has ever been uncovered is 225 meters below the surface.

The Wolf Eel is a rather intimidating-looking carnivore, adapted perfectly to suit its murky environment. Its jaw is designed especially for mowing down on hard-shelled creatures such as crustaceans, mussels, clams, sea urchins, snails, and some other fish.

Although full-grown Wolf Eels have next to no predators (save the occasional harbor seal), their eggs often fall prey to rockfish and Kelp Greenlings.

Wolf Eels are unique in the way they go about their lives because (despite how they may initially appear) they are in fact quite the romantics- they mate for life. These creatures seek out their partners at four years of age, but will not reproduce until around seven. The male will court his female first by bumping his head up against her abdomen, then enveloping her entirely with his long slender body. Females can produce up to an astounding ten thousand eggs at once. The parents will closely guard their offspring for a period of around sixteen weeks, until at last they hatch. 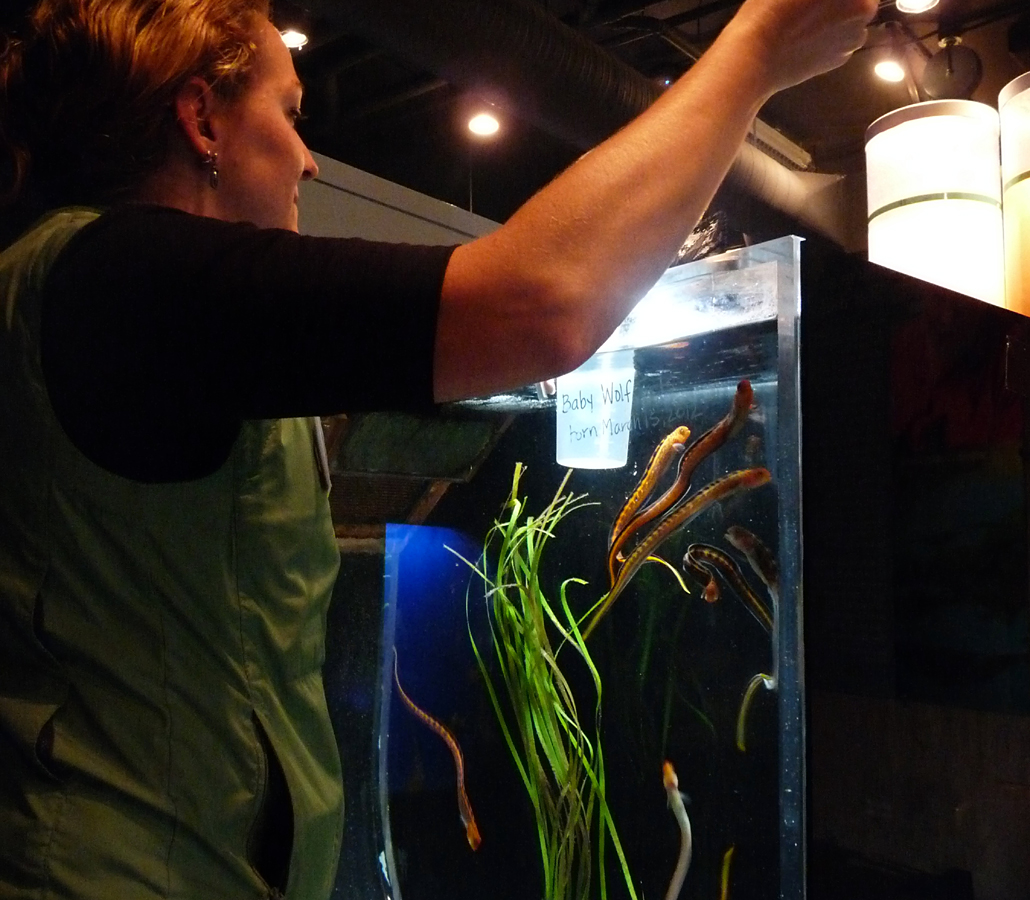 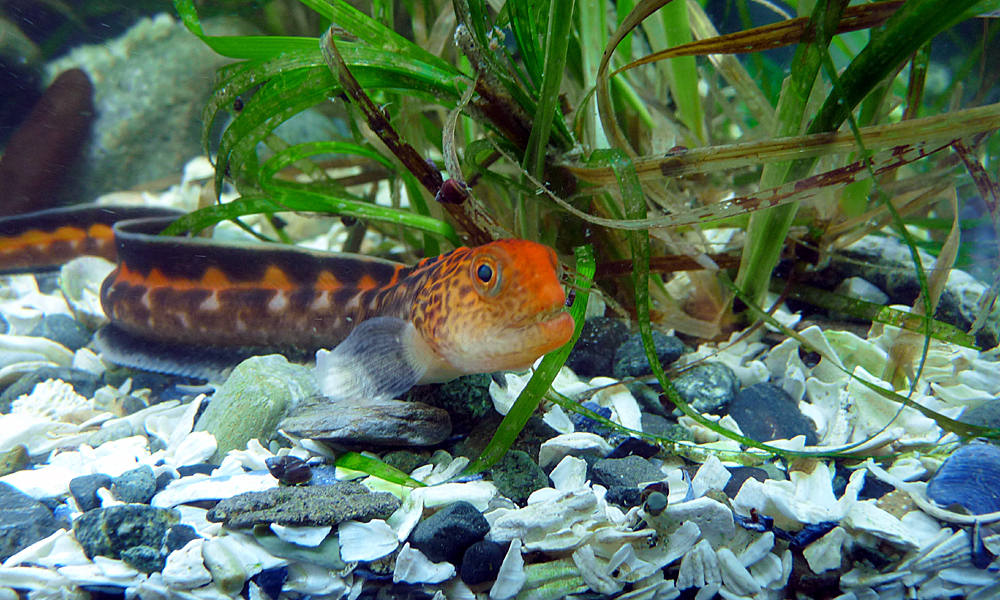 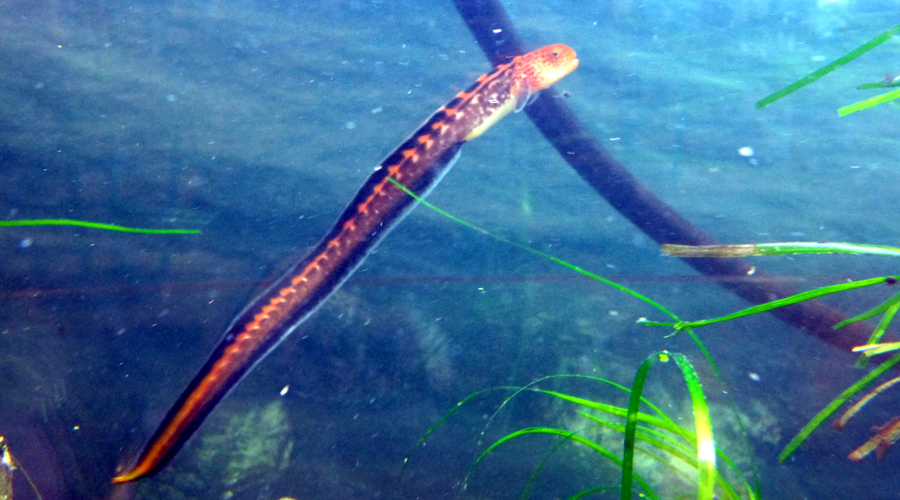 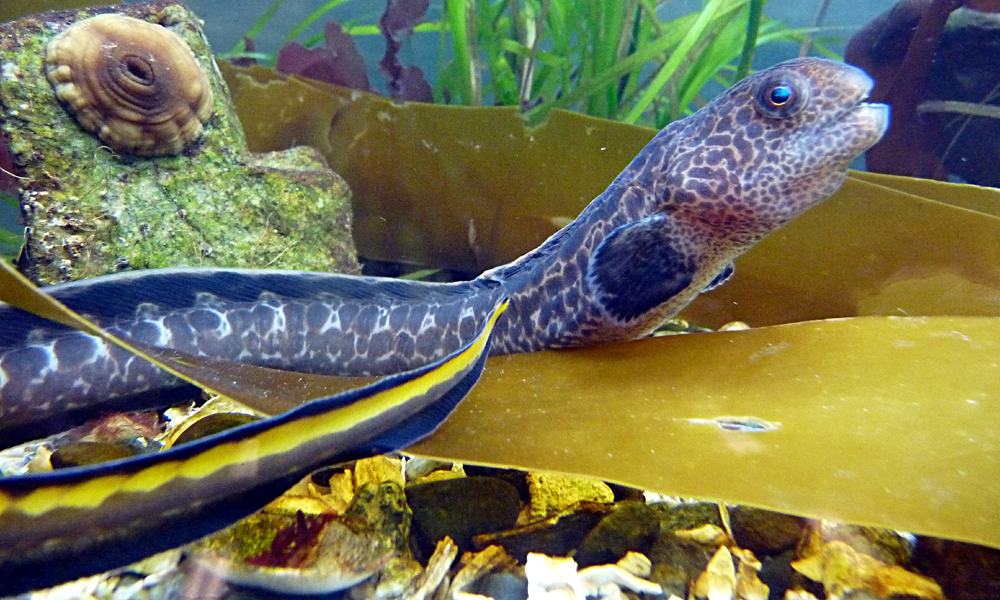 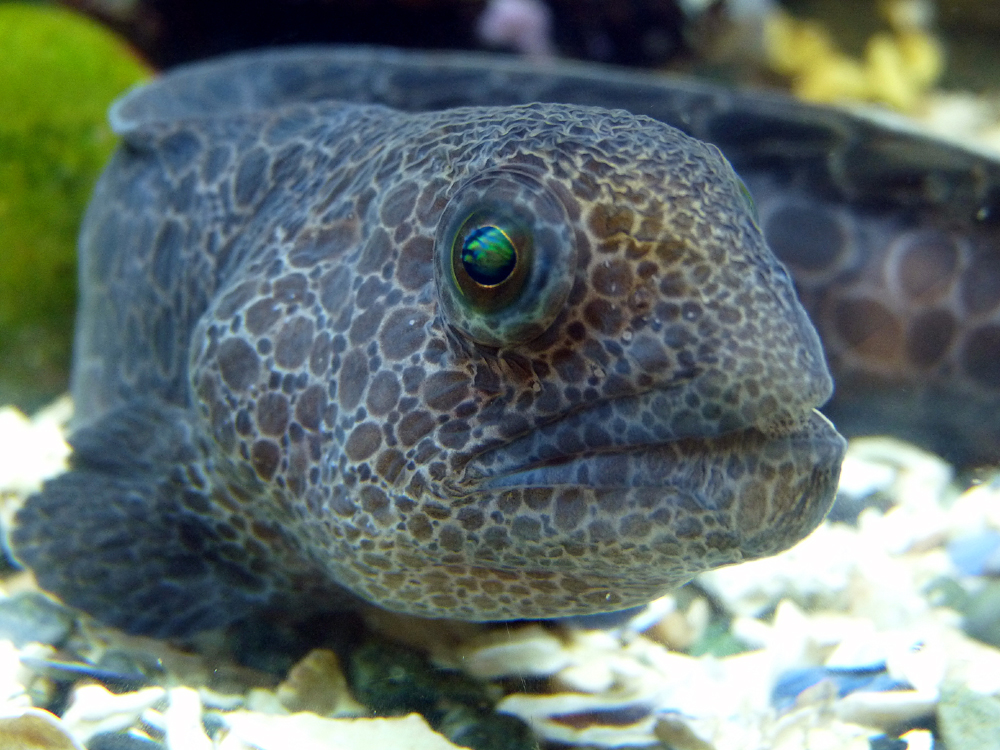 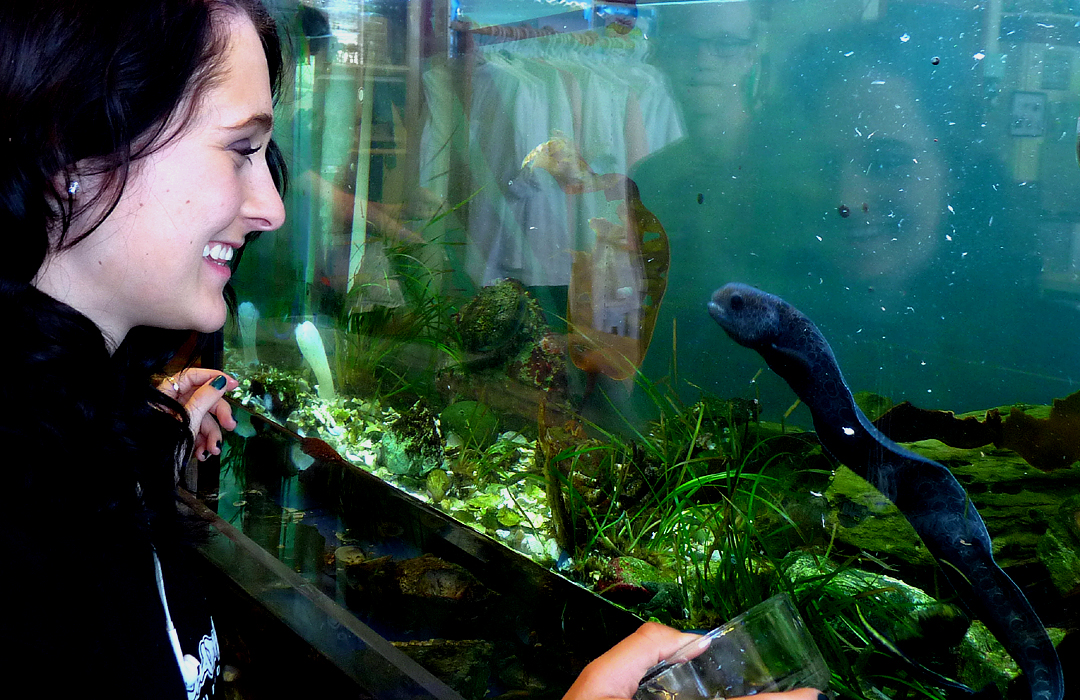 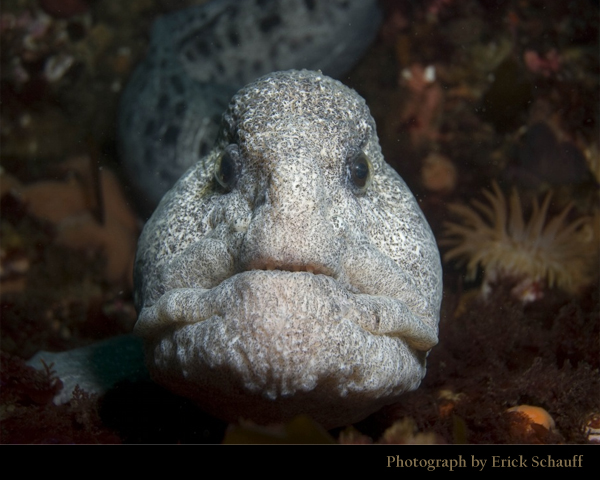