Identifying Features:  The Sitka Periwinkle generally has a brown or grey shell, which is sometimes striped. They can close themselves inside their shells with a door, called an operculum. They slide around in their own mucus using their muscular foot. They have little eyes, antennae, and a mouth, which is full of tiny razor sharp teeth. 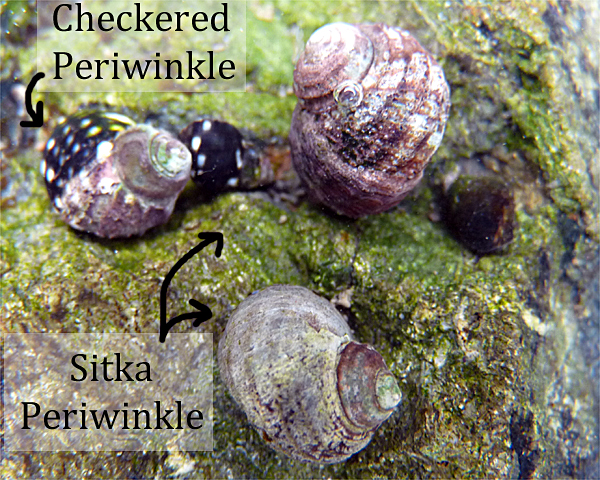