Identifying Features: On the High Cockscomb, there are no pelvic fins, or if there are they are so small they are hardly noticeable. They have small pectoral fins that are usually used for balance. There is a fleshy crest above the back of the head, and the dorsal fin runs along the back from behind the head to, but not into, the tail fin. As a general rule, females grow faster then males do.

Habitat: The High Cockscomb lives in many areas ranging from Alaska to California. They live in the intertidal zone, usually between 10ft below and the surface, but they can go as deep as 30m, or in tidal pools. They can remain out of water for about 15 hours if they are kept moist. They tend to live on gravel or crushed shell as their floor. They inhabit areas from Alaska to California. In BC, they have commonly been found at the mouth of the Fraser River, around Saturna Island, and around Vancouver and Southern Vancouver Island.

Food: The High Cockscomb will eat a wide variety of foods; the most important part of their diet is green algae, but they will eat other things too such as Gammarid Amphipods (shrimp-like shaped amphipods) crabs, worms, plants, green algae and eel grass. They eat these things through their mouth.

Predators: The High Cockscomb is likely to be preyed on by types of snakes, sea birds, sea otters, and raccoons. It avoids being eaten by hiding under rocks, seaweed, or other things in tidal pools to avoid being seen.

Life Cycle: During the mating season, which is January-March, the male will develop an orange color on the pectoral and anal fins, and a red color on the dorsal fins. Before mating takes place, the males will fight by biting each other to see who will mate with the female. The eggs are then laid underneath or between rocks and shells, and the females will have full responsibility for the eggs. For about 29 days the female will fan and guard the eggs until they hatch. Upon hatching, the young are left to their own defenses, and they must find their own way to survive. 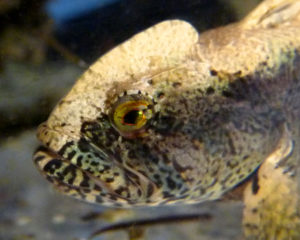 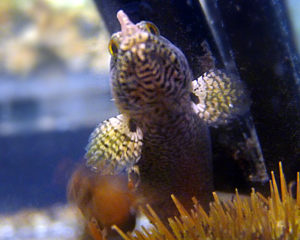 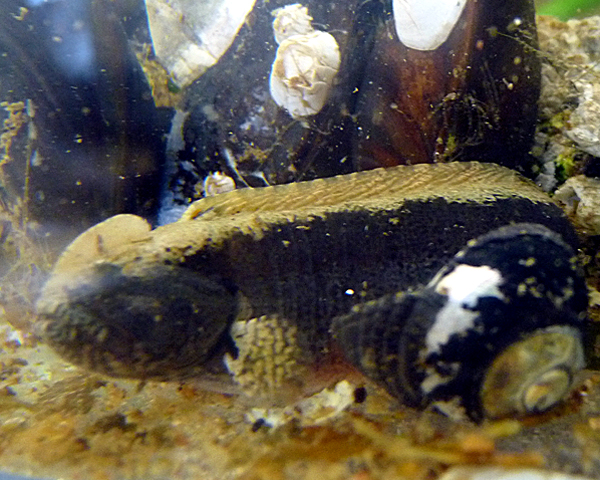