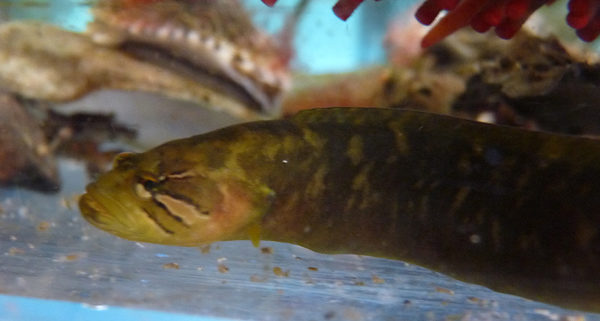 The Rock Prickleback is greenish-black in color with faint white markings around the base of its tail and light bands on its face.  It is often confused with the Black Prickleback which has similar markings radiating from its eyes except they are generally solid black markings with a light border against a uniformily black body.  The dorsal fin starts at the back of the head and goes down the length of the body merging with the caudal fin. The Rock Prickleback has very small pectoral fins and is lacking pelvic fins giving it a very eel-like appearance. They are called Pricklebacks because the dorsal fin is mostly composed of hard, spiny rays with sharp tips (the rays support the fleshy fins). 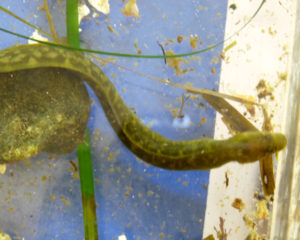