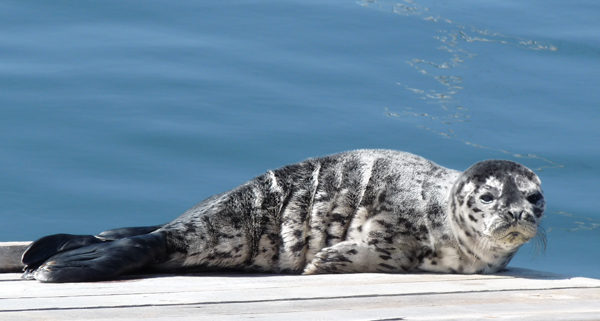 Coat colors of the Pacific harbour seals are varied in shades of white, black, gray or sometimes dark brown. Spots are common markings on the harbor seals, and are often in contrasting colors to the main coat color. Harbor seals have also been known to have an almost red color in the San Francisco Bay.  The Pacific harbour seals have large, round, smooth heads, with no external ear flap, signifying them as ‘true’ seals. Whiskers and large eyes, with large pupils, are other identifying features. Males of this species are often larger than the females. Thick fat (also known as ‘blubber’) covers the seals body. Harbour seals have short pectoral flippers that are covered in hair with five fingers that are used for scratching, defense and grooming of themselves. Their hind flippers also have five fingers. The hind flippers are used to propel the forward and are also used for side to side motions.

Though they often travel up rivers and into lakes, the Pacific harbor seal stays mainly in temperate coastal areas of the north Pacific. They favor being near shore and are often seen on rocky beaches, sandy beaches, bays and estuaries. They can range from Alaska to Mexico.

The Pacific harbour seal eats by ripping their prey into pieces, then swallow the pieces whole. The molars of the seal crush shells before swallowing, but food is almost never chewed. They feed mainly on crustaceans, mollusks, squid and various fish, including herring, cod, salmon and sea bass. Feeding is often in shallow water. 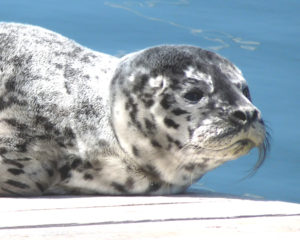 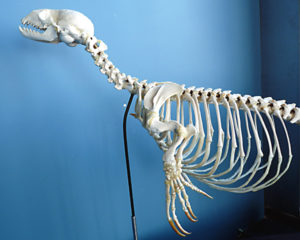 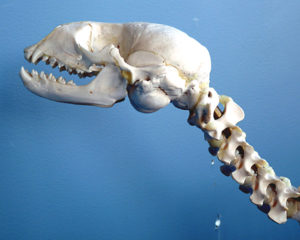 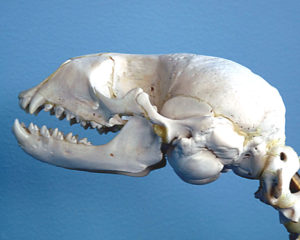