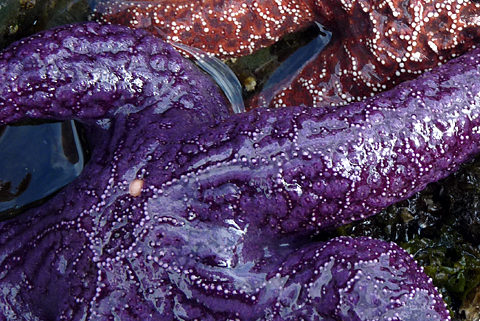 Identifying Features: Purple Sea Stars also known as Ochre Sea Stars, come in a range of colours from deep purple to rusty browns depending on their diet. They have five stiff arms and are covered in small, sharp spines. Their upper surface is a layer of rough “skin”, while the bottom is made up of small tube feet, used for movement. Although they have many tube feet, they are slow moving creatures.

McDaniel, N. (2011). Sea Stars of the Pacific Northwest. Retrieved on May 26, 2011 fromhttp://www.seastarsofthepacificnorthwest.info/species/purple_star.html 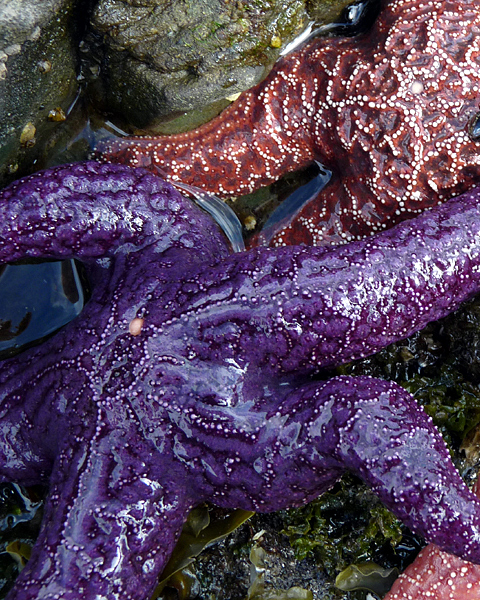 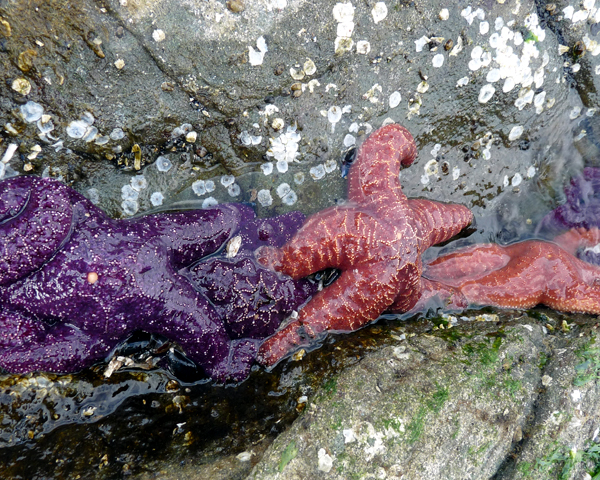