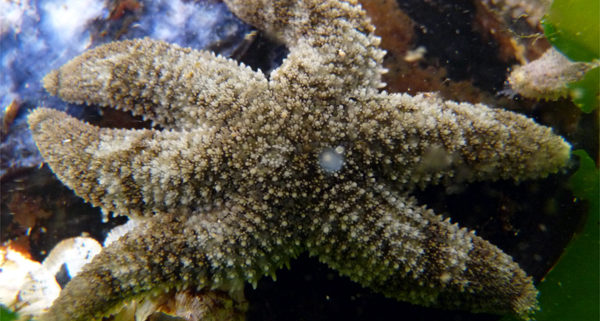 Identifying Features: The Six Rayed Sea Star is often green, black, brown, red, and sometimes a more mottled color.  It is often overlooked by beachcombers because of its size since it only grows to about nine cm and is a fairly drab and mottled green color that often blends into the rocks.  Although there are flashier six-rayed stars of orange and yellow, they usually have a distinctive dark pattern.  The central disk is of a moderate-size with six arms.  The spines on the upper surface are dense and mushroom-like.  The Leptasterias hexactis is very similar to Leptasterias pusilla but can be set apart by its larger, flatter spines,  thicker arms, and darker molted coloring.

Habitat: The Six Rayed Sea Star range from British Columbia to southern Californias.  They are quite numerous in the middle of intertidal zones of rocky shores.  They typically move around on the top of rocks at nighttime after hiding under them during the day. They can often be found sheltered under rocks or algae at very low tides.  Locally the six-rayed sea star is found on either rocky or sandy intertidal beaches near eelgrass beds. Under each of its six arms or legs are hundreds of small tube feet, each of which is equipped with an individual suction cup.  It uses these small tube feet to get around and the suction cups to attach itself to a rock when the environment starts to get stormy.

Predators: The predators of the Six Rayed Sea Star are sea and shorebirds such as gulls or cormorants, herons, and even sometimes otters. Often people will collect sea stars especially the showier ones and in some places will occasionally eat them too.

Life Cycle: Leptasterias hexactis reproduces sexually.  Mature females (at least 2 years old) produces yellow, yolky eggs that stick together in a mass after fertilization.  These are kept under the disk of the female.  She will keep the eggs and larvae in brood clusters around her mouth area until the larvae reach adult form and are ready to hatch as miniature sea stars after 6 to 8 weeks.  Because of this, brooding females cannot completely flatten themselves against the surface of rocks and are anchored only by their outermost tube feet.  Unfortunately, they can often become dislodged by the waves, causing them to lose their eggs. The presence of the eggs blocks the female’s mouth and she will not feed while brooding, even if there the food is available.  The development of the embryos is direct and Six Rayed Sea Star young tend to reach full maturity within about 2 years.  While most sea star females release their eggs into the surrounding tide and the young must fend for themselves as soon as they’re fertilized, the Six-Rayed Sea Star mothers are far more nurturing.  They brood their young until they’re sure the babies are properly prepared to live on their own. The female forms a kind of tent over them for up to two months during the brooding, at which time she cleans, feeds and tends to them. 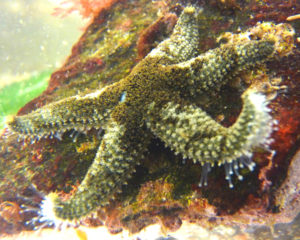 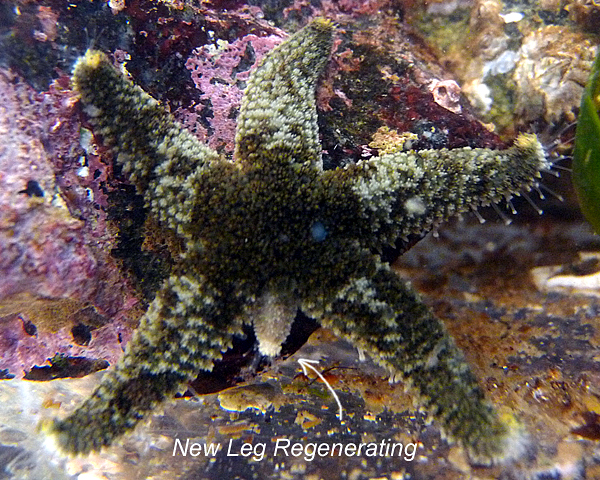 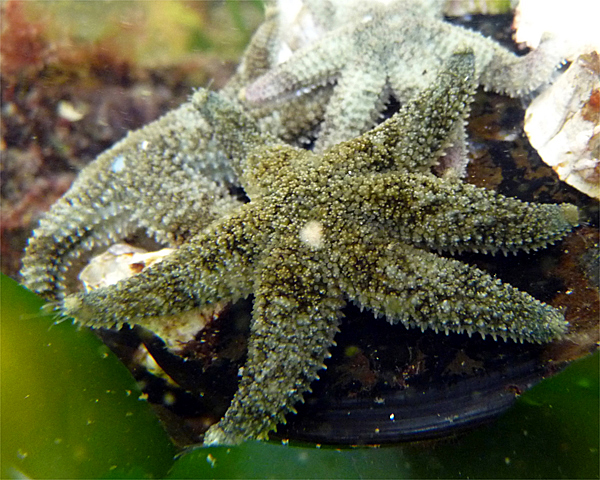 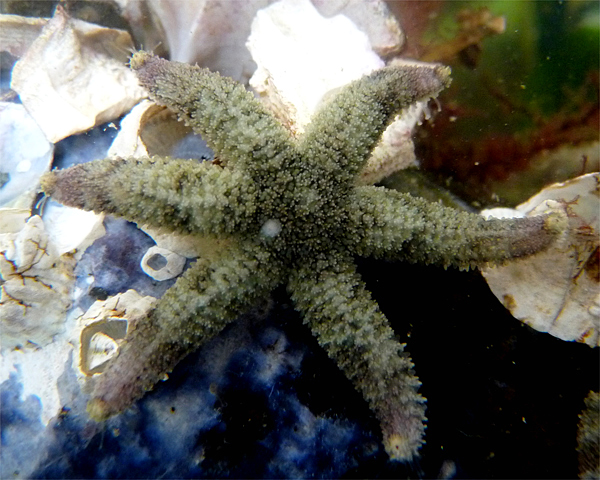 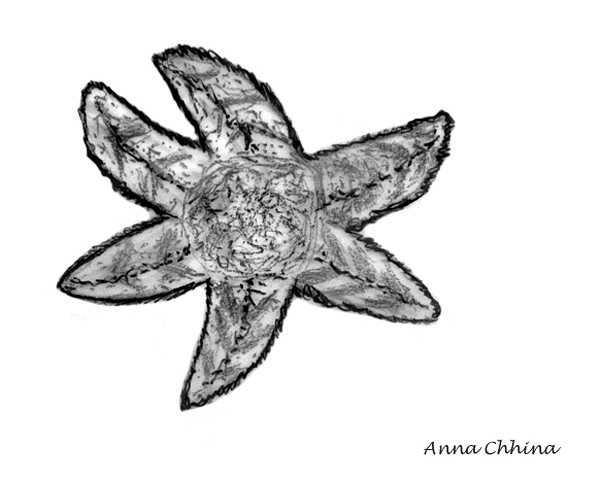